The spells for my cleric class are extremely dull. I don't know what I was thinking. Here are a few spells that are a little stranger. 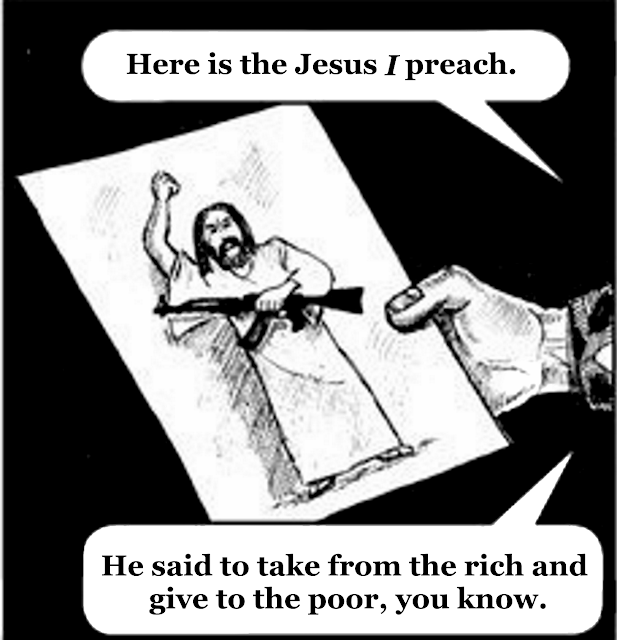 A cleric's spells are not wild spirits. They are the personal angelic servants of G_d and serve the clerics at His pleasure; they can not be bred or mutated against their will. Fortunately, they are on the same side as the caster and will usually be cooperative.


1. Heal
R: Touch T: an injured person D: immediate.
The target is healed for [sum] hitpoints. If you invest more dice you can choose to forgo the healing for a different benefit.
If two dice is invested, this is a Lesser Restore, and can close a flesh wound or knit a broken bone.
If three dice are invested, this is a Restore, and can repair a mangled eye or regrow a missing ear.
Four dice invested result in a Greater Restore which can reattach a recently-severed limb or regrow fingers and toes.
Five dice make this spell a Miracle, which can regrow essential organs or missing limbs, and can cure any number of diseases.

2. Turn
R: 20*[dice]' T: [sum] enemies D: up to [dice] hours.
Targets within range are compelled to flee the presence of the cleric. Intelligent creatures get a save to resist this; unintelligent undead do not. Intelligent creatures are also smart enough to take potshots at the cleric from beyond the range of the spell. If the cleric takes any damage the spell immediately ends.
If you invest three dice or more, you can destroy any number of Unburied within range in addition to the normal effects of the spell.

3. Hallow
R: 30*[dice]' T: a valid square area at most 30*[dice]' to a side, or [dice] corpses D: [dice]*6 hours, or permanent.
This spell can only be performed as a ritual.
A valid area has four solid corners and something to serve as an altar. In a pinch, four piles of rocks and a big rock will do, but four corners of a room and a real altar is preferable. Rituals performed in this area only take one hour. If this spell is cast with four dice (three plus the ritual die) then the area is permanently consecrated.
If you are targeting corpses they will not rise as Unburied, and cannot be raised by any caster of lower level than you.

4. Kindle
R: touch T: a creature or object D: immediate
Target takes [sum] points of fire damage. Can only be cast immediately after hitting a target with a melee weapon. Inanimate objects are automatically hit.

These were fine. Healing, turning, hallowing and smiting are all valuable and essential tools of the cleric's box.


5. Iconoclasm
R: shouting distance T: a solid object or structure of D: instant
This spell applies sudden sharp force to an inanimate target within range. The strength of this force depends on the number of [dice] you invest; a single die can do what you could do with a large hammer (shatter a household idol or destroy a painting), two dice can do what you could do with an assistant and some basic tools (knock over a man-sized idol, smash open a locked door or chest), three dice can do the work of ten men with pulleys and levers (topple a 20-foot statue, collapse a wooden building), four dice are worth a team of workmen and a full day (collapse a stone building, shatter half an acre of woodland).
Legends say that casting this spell with five dice or more could pull the walls of a city down, or cut a new pass in a mountain.


6. Bless
R: 10*[dice]' T: [sum] creatures within range D: [dice] hours
You cast this spell by screaming, praying and prophesying as loud as you can while holding your hands above your head. If you have a staff or a sword you should be holding that in your hands. While you are doing this, all targets within range get a [dice] bonus on every d20 roll they make.
The spell ends immediately if you take any damage or if you drop your hands for any reason. A constitution save every minute would be appropriate.

A few clerics scattered among an army make it much more formidable. Intelligent enemies know to target the cleric in the middle of the group of armored knights.


7. Deluge
R: [dice] miles T: a circular area centered on you D: [dice] days.
If cast with one die, clouds gather over the course of [least] days to steadily rain on the target area for the duration of the spell. If cast with two, clouds hurry to the area on sudden winds over [least] hours. If cast with three, the clouds are visibly dragged across the sky within [least] minutes. Casting this spell with four [dice] will cause you to vomit out dark stormclouds which form immediately, and the duration is extended to [sum] days.
If you were to cast this with five dice or more, you could choose any duration for the rain. A malicious cleric might drown an entire region with such a spell.

Rain isn't necessarily a bad thing. Farmers affected by a drought would be quite grateful for a little rain (three days of steady downpour is probably too much). A powerful storm could also serve to mask a stealthy approach, or flood a camp of enemy soldiers.


8. Pillar
R: 30' T: a cylindrical volume [dice]*5' in radius and [dice]*20' high D: [dice] minutes
The target volume is filled with a roaring whirlwind for the duration. Unsecured objects will be thrown around, and ranged attacks (made from, directed into or passing through) automatically miss. Flying creatures will take 1d6 damage every round from flying debris.
On their turn, the caster can choose to move the the pillar sixty feet in any direction. The mass of rushing garbage deals [dice] damage to unarmored creatures it passes over, no save.

Mostly useful as mobile cover from ranged attacks, but can be used to intimidate, or to ruin someone's day. Casting this underground would be a terrible idea (and probably very funny).


9. Sackcloth and Ashes
R: shouting distance T: an intelligent creature with HD equal to or higher than [dice] D: [dice] rounds
The caster makes a complex theological argument describing the target's many sins. At the end of the duration, compare the [sum] to the target's hitpoints. If [sum] is higher, the target immediately abandons all material goods and leaves for parts unknown to start their lives over again.
If the caster takes damage while making their argument, the spell fails and the dice are lost. The target is likely to attack the caster unless they are of a highly religious bent.


10. Glory
R: n/a T: self D: [dice] hours
The caster's head is lit with a halo of divine radiance. For the duration, they are noticeably more attractive. The halo casts brilliant light out to [best]*10', and hirelings and party members get a +[dice] bonus to morale rolls and saves against Fear.


11. Summon Scavengers
R: 300' T: a point within range D: [dice] hours
[sum] HD worth of wild animals will swarm the target and attempt to consume anything edible. With one die, this will be mostly insects and they will eat unguarded food. With two, this will include rodents and other small vermin, which may attack people in the area. Three dice will summon scavenger birds and four will summon foxes, raccoons and wild dogs, all of which will attack humans and each other. Stories of powerful clerics summoning 1d100 bears with this spell are likely apocryphal.