I have grown tired of long blogposts; for a change of pace, here are some of my classes shortened to a few sentences each

MANUFACTORY
You are a practitioner of the First Art of Manufacturing, which deals with the creation of material and the element of Hot Metal. The Academy of the Manufactories sends its students out into the world, after an initial period of training, to gain hands-on experience with immolation and the military-industrial complex.

Things You Can Do: eat fuel instead of food, light a cigarette with a touch, handle hot objects cooler than glowing, create small (hidden in closed mouth) objects of frangible potmetal at-will. When you wake up in the morning, you may choose a problem to be able to solve with a wave of your hand and a flash of poison fire:

1. I NEED A LARGE OBJECT (SMALLER THAN A HORSE) WHICH IS NOT PRESENT
2. TWO THINGS ARE NOT, YET, FASTENED TOGETHER
3. THIS PLACE IS NOT, YET, ON FIRE
4. I NEED AN ASSISTANT WHO KNOWS WHAT THEY'RE DOING
5. THE AIR HERE IS MORE BREATHABLE THAN I WOULD LIKE
6. THIS METAL THING, I WISH IT WOULD EXPLODE

MASKED CLERIC
You are a follower of Aeshe, the Great Sage, who directed your forebears to wear a mask depicting a powerful totem that allowed them to commune with the celestial bureaucracy. While you wear such a mask you are attended by invisible angels with mystical abilities and strict requirements of your personal behavior.

Things You Can Do: speak and be listened to, ask for food and lodging and get it, see angels and other supernal beings, and live for a long time unless you die first.
You wear a mask which determines minutiae, but all Clerics are followed by Hallow and another angel of their choice (from this list or a mask-dependent one). they are only interested in helping while you are furthering their interests in the world.

1. HALLOW. In one hour she may hallow an object (dispersing evil, preventing the dead from rising, other things) and with three she may hallow an area for a full day. Minor undead cannot enter hallowed areas, nor rise while inside them.
2. HEAL. Guides your hands to set bones and sew up wounds, occasionally repairs with a touch of her own delicate fingers. Complains all the while about how poorly designed humans are.
3. TURN. With a word, drives everything and everyone at least twenty paces away from you in the manner of a large dog. Intelligent foes can still throw things at you.
4. KINDLE. Sets things (like weapons and people) ablaze. She likes to grab projectiles and fly along behind them.

Powerful clerics are followed by more angels, who are more willing to bend the rules for them. Clerics who break the angels' rules damage their soul, and risk permanently losing themselves to Chaos.

METATRON
You are an agent of the Company, an organization authorized by the Emperor to operate in secret and protect people from themselves. You have been directed to do something nebulous and occult, possibly, unless that was a smokescreen and your real memories will only surface when a trigger phrase is spoken. Such is life as a Metatron.

Things You Can Do: talk your way past most legal authorities, challenge people to a sword-fight and probably win, make eye contact with someone and keep them from looking away.
When you touch someone on the roof of their mouth, center of their chest and between their eyes, their memories of the past hour are replaced with a lie you tell them in d6+2 words which their mind will try to accept.

Powerful Metatrons may edit memories with greater precision, inflict horrible waking nightmares, and other Men In Black bullshit. When stressed (such as when their lies are revealed), Metatrons are prone to losing their mind and believing they are someone else with the same memories and personality trapped in the same body.

SWORD-SHEPHERD
You are in possession of some of the favor of Alden, who was the first and oldest of the five brothers who made your world. For you, this takes the form of superhuman martial ability with sword and bow. No one with abilities like these can escape an interesting life.

Things You Can Do: win a swordfight against a single humanoid, land arrows in specified apples at any range, instill terror with a dark look, survive falls even when no one could have survived that.
You perfectly understand weapons the first time you wield them. Mounts are always obedient, civilians are always obsequious, and weather is dark and stormy if it would be dramatically appropriate.

Old Sword-Shepherds can catch blades and arrows out of the air, bend iron bars with their hands, and face entire armies alone and expect to win. But with every life you end, you become a little more dour. Eventually you will follow the path all Sword-Shepherds must one day take — the path up, the path down, the path on which there is no coming and no going. 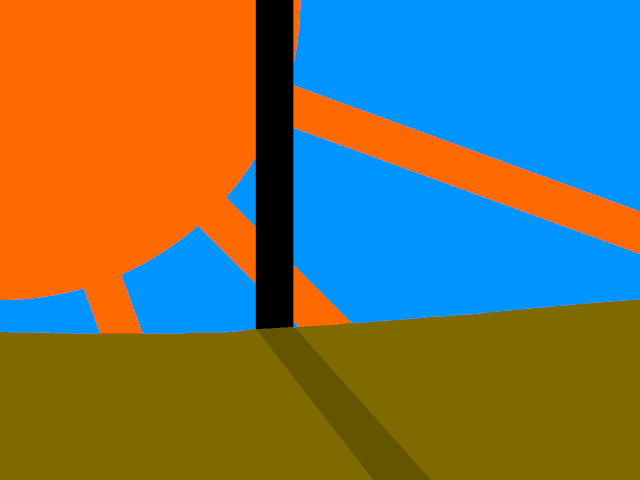 ZOUAVE
You are a wizened veteran who survived a hundred campaigns. For years you sat in the sun, dreaming of past victories and swapping tall tales with the other old soldiers. Now you sit in the sun alone.
But why only past victories? Why not some new ones? And if things have changed since your day — so what? Old age and treachery beats youth and exuberance every time.

Things You Can Do: win any barfight, kick the hell out of a man forty years your junior, construct and operate siege engines, enthrall a crowd with tales of glory, find your way around 'most any place, and survive indefinitely on hay and bootlaces.
If you get the drop on someone, they die. No one can get the drop on you. You can smell booby traps, and you always know when you're being followed.

Zouaves are already old, but if they can work the rust off they're more dangerous than ever. Ambush and crush armies under landslides; disrespect kings to their faces; walk the secret places of the earth; speak to elder things as an equal; and, one day, die.